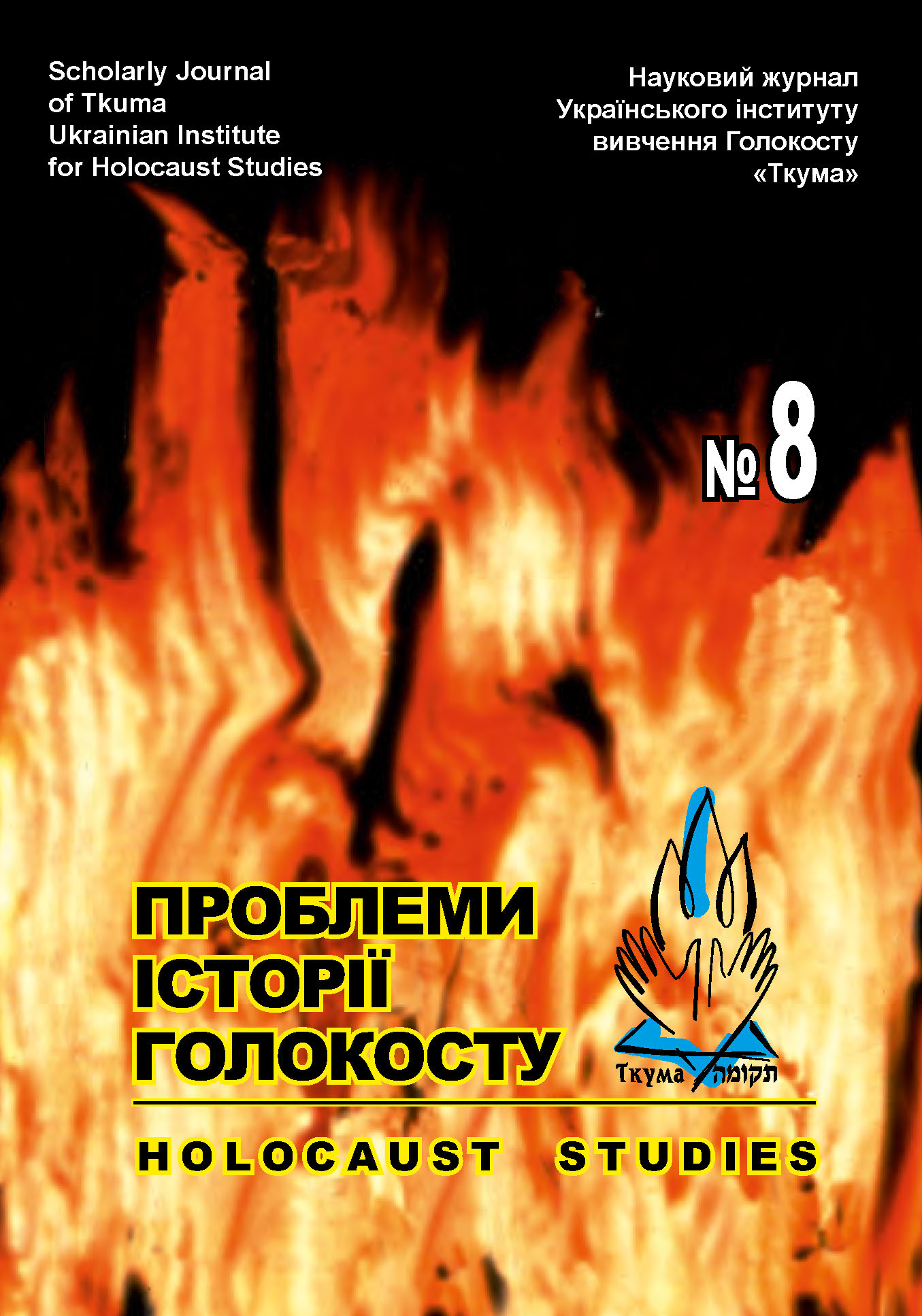 It is conceived as an open academic forum that publishes the achievements of researchers, specializing in the aspects of the Holocaust and other genocides’ studies.

The journal is aimed at the following tasks:

To stimulate in depth studying of various aspects of the Holocaust relating geographically to the Ukrainian territory (to reveal the regional specifics);

- To dissimilate sources not introduced into scientific use earlier and stored in Ukrainian and foreign archives;

- To promote multidisciplinary approach and to encourage the experts in the field of sociology, political studies, philosophy and other humanities to participate in the Holocaust studies;

- To reveal succession of the historical events attempting to interpret the causes and preconditions of the Holocaust.

A special attention is given to the scholarly debates on the phenomenon of the Holocaust as a comparative case in the context of the world history and other genocides’ studies.

Jews in Hell: The camp-ghetto in Pechora (Transnistria). 40

The discourse of interethnic communication in the district “Galicia” during the “final solution of the Jewish question”. 89

Anti-Semitic propaganda as a condition for the functioning of the press center of the “Dnipropetrovsk” General County (1941 -1943). 100

Jewish prisoners in the context of ethno racial policy of the Nazis: the realities of the initial period of the war in Ukraine. 114

Understanding the Holocaust as the source for the formation of the philosophy of the Other in the second half of the twentieth century. 145

Who Killed Lida’s Jewish Intelligentsia? A Case Study of Wehrmacht Involvement in the Holocaust’s “First Hour. 161

Die Ungeliebte republik and a generation of young wolves, or about the reasons for the death of some democracies. 199

International Seminar “The Seduction of Propaganda: Mass Violence in Ukraine in

“Historical Memory About World War II, the Holocaust and Other Genocidal Phenomena”. 225