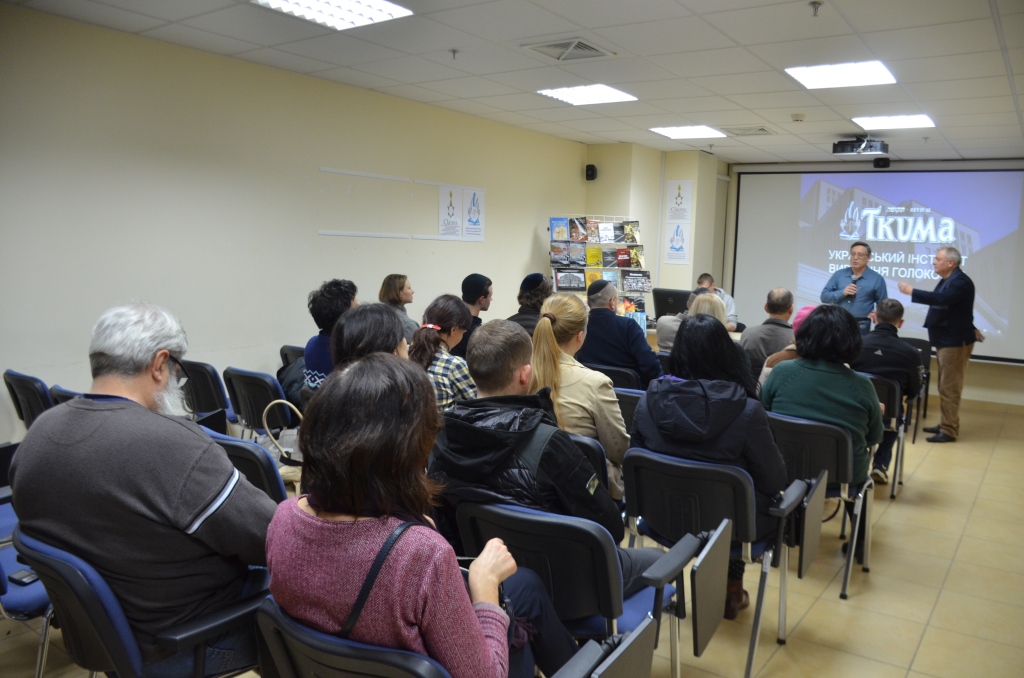 On April 17, presentation of a documentary film «Cursed Book. Benjamin Berkovich Diary» about the Holocaust was held at Museum «Jewish Memory and Holocaust in Ukraine» within the frameworks of Dniprovsky Historical Club. Yury Horuliov, author, Belarusian filmmaker, «For the spiritual Revival» prizewinner presented the film.

In 2005, a diary of Benjamin Berkovich was found in the archives of the Jewish Historical Institute of Warsaw, at one of Navahrudak the prisoners of the Navahrudak ghetto in Belarus. Before the ghetto liquidation, the author of the diary gave it to Pole, his pre-war friend, and asked to keep it. After the war, at risk for the family, Romuald Pelyakhovsky (name of his friend) secretly took the diary to Poland during the repatriation and gave it to Jewish Historical Institute. In the film, the author reveals another page on the Holocaust history on the territory of Belarus and try to investigate the attitude of different generations of Israeli Jews to anti-Semitism and revenge issues in today's conditions. Together with the filmmaker Benjamin’s Berkovich fate investigate Michael Cagan, engineer from Israel, and Tamara Vershitska, director of Navahrudak historical museum.

«The film is very hard and ambiguous, which quotes the curse of those who were destroyed by the Nazis. The film is about hate and forgiveness. The film where the following question is raised again: where was the God during the Holocaust? The film is about our forgetfulness of the Holocaust in the USSR, and how we remember it today – noted Dr. Igor Shchupak. – Debate and questions during the film discussion at Dniprovsky Historical Club showed that this film should be used during educational seminars of "Tkuma" Institute and the Holocaust museum – for school and university students, adolescents and adults. And we will do the same with our colleagues».