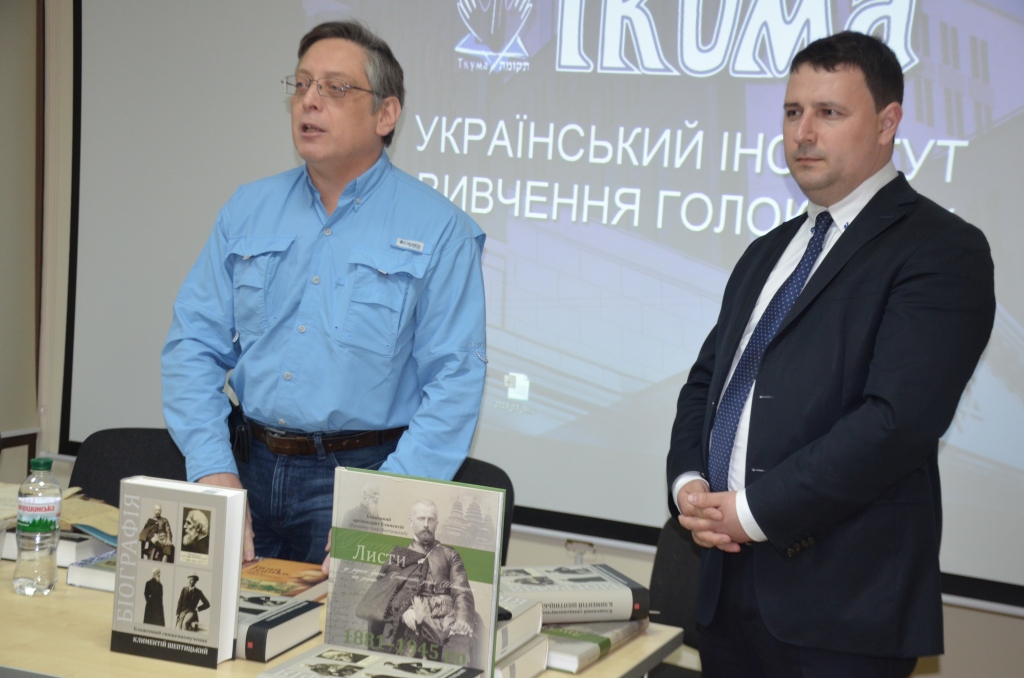 On April 07, lecture on "Klymentiy Sheptytsky – Righteous among the Nations" was held within the framework of Dniprovsky Historical Club at «Tkuma» Institute. Dr. Ivan Matkovsky (Lviv) presented two latest and most significant publications devoted to this outstanding figure within the frameworks of the seminar:

- Casimir Count Sheptytsky: Polish aristocrat, Ukrainian hieromonk, Exarch of Russia and Siberia, Archimandrite of Studie, Righteous among the Nations, Blessed of the Catholic Church: monograph. – Lviv, 2019. This is for the first time published biography of Blessed Klymentiy Sheptytsky, Andrey’s Sheptytsky, metropolitan of Ukrainian Greek Catholic Church blood brother. The book tells about the Sheptytsky origin from the genus Draga-Sas, childhood of the future Father Clement, school years, study in Munich, Vienna, Paris, Krakow, information about Casimir Sheptytsky's political activities as a member of the Austrian Parliament, the events of World War II and the Holocaust.

During the preparation of this edition, Dr. Matkovsky relied on a large number of historical sources, in particular, archival materials that have never been published or published only partially. During the lecture, special attention researcher paid to the brothers Sheptytsky Jews rescuing during the Holocaust in Lviv. Among those rescued, in particular were, Rabbi David Kagane, Adam Rotfeld, future Foreign Minister, Kurt Levin. The last one, incidentally, brothers Sheptytsky hid in the Univ Lavra under Matkovsky name– such a name had a doctor who worked at the Lavra and helped brothers take care of children, hiding there. It is interesting to note that, this doctor – ancestor of Dr. Ivan Matkovsky, who read a lecture today at «Tkuma» Institute with a story about brothers Sheptytsky feat. That's how the story is tightly intertwined with the present.

We would like to thank to everyone who has joined our event today!