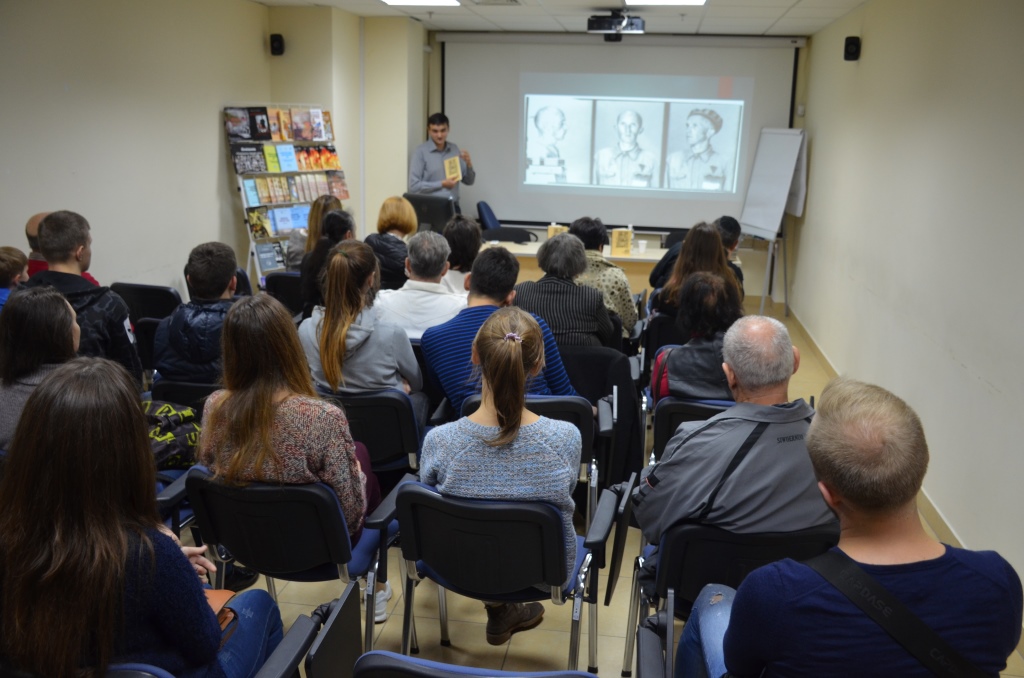 In 2009, a notebook with fancy paintings was found at the attic of one of the houses in Wieliczka, small town near Krakow. The name on the notebook indicated the author of these paintings – Jewish boy Ryszard Apte (1925 – 1942). During the Nazi occupation, together with his mother and father, he was hiding in the local ghetto. This short novel by Polish writers Piotr Głuchowski and Marcin Kowalski is an attempt to artistically reconstruct the last four years of the life of this talented young man from Krakow, who suffered the tragic challenges of the Second World War, the Nazi occupation and the Holocaust.

At the end of the club meeting, all those willing got a copy of the edition as a gift.