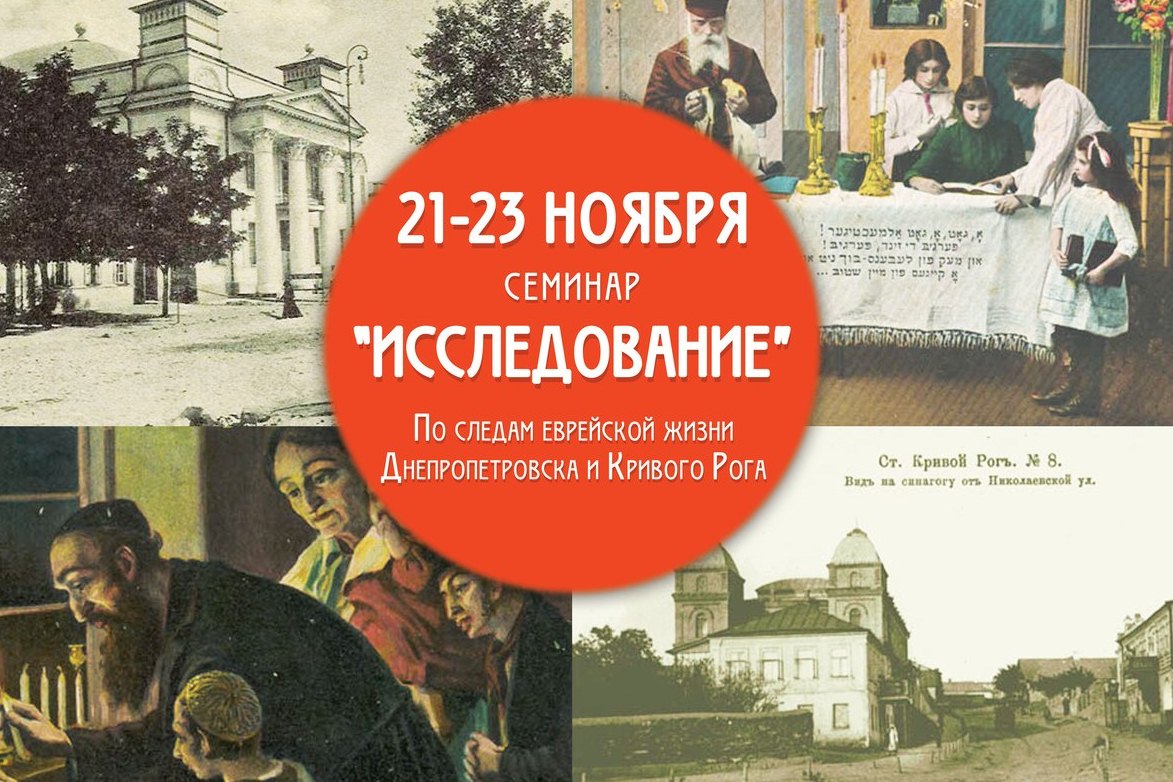 On November 21 – 23, educational seminar “Research”, organized by “Sokhnut” took place. Seminar provided for travelling by the steps of Jewish life in Dnipropetrovsk, Novomoskovsk and Kryvyi Rih.

Museum “Jewish Memory and Holocaust in Ukraine” and “Tkuma” Ukrainian Institute for Holocaust Studies workers have joined the realization of the seminar program.

The tour included visiting museums and memorial places. “Research” of Dnipropetrovsk included a visit to Museum “Jewish Memory and Holocaust in Ukraine” and a tour around Jewish places. Both tours were held by Valentyn Rybalka, Research Associate of the Museum and “Tkuma” Institute. In Novomoskovsk the organizers had planned the commemoration ceremony and the visit to local museum. Valentyn Rybalka and Kostyantyn Meshko, Novomoskovsk Museum Worker and active participant of “Tkuma” Institute programs, described the history of Jews in Novomoskovsk. The last place for the researchers to visit was Kryvyi Rih. Svitlana Piddubna, Head of Regional Educational Programs of “Tkuma” Institute, held the tour around Mykhailo Marmer Museum. Moreover, the seminar participants have visited places of Jewish executions in Kryvyi Rih.

The seminar also included rich lecture program, as a part of which Dr. Oleksandra Leonova, Head of the Museum and “Tkuma” Institute Research Department, presented two reports. One report covered Jewish life in Ukraine before the Holocaust. And the other was dedicated to the history of Shoah in Ukraine. Film screening, discussion and interactive lessons were also planned as a part of the seminar.

The participants of the “Research” note that such seminars are very useful for revival of Jewish national identity and preserving of historical memory.