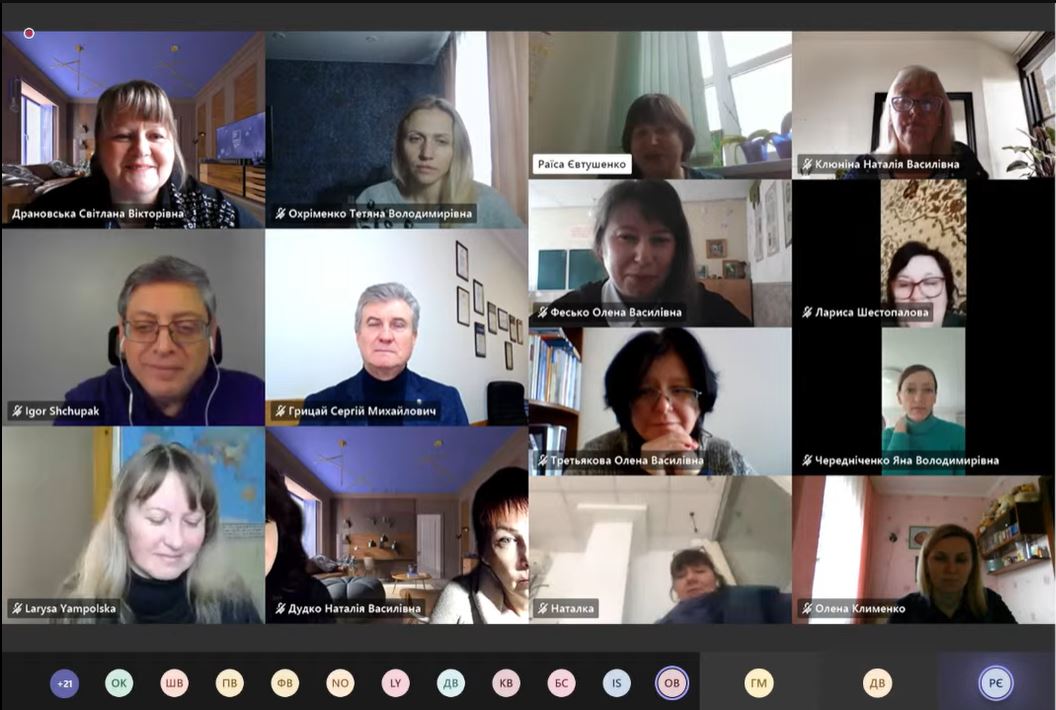 On November 30, the All-Ukrainian scientific and practical online conference “National security of Ukraine in the educational sphere: challenges, values, experience”, organized by the Ministry of Education and Science of Ukraine and the Sumy Regional Institute of Postgraduate Pedagogical Education in cooperation with “Tkuma” Ukrainian Institute for Holocaust Studies and other partners was held. Dr. Igor Shchupak was invited to participate in the event.

The participants of the scientific and practical forum were teachers of history and social disciplines, Ukrainian language and literature, history teachers and methodologists from various regions of Ukraine. The work of the conference took place under two panels: “Conceptual foundations of the formation of Ukrainian identity: educational discourse” and “National and patriotic education as a component of national security in Ukraine: priorities, values, experience”.

Dr. Igor Shchupak made a report on the concept lecture “Historical education and national security of Ukraine: challenges of the Russian-Ukrainian war”, during which he spoke about the concept of historical memory and the factors that shape it, “wars of historians” and

“rewriting history”. In his speech, he emphasized that topics from the history of the 20th and 21st centuries occupy a special place in the updated curricula, because it was during this period that the events that fundamentally changed our world took place: World War II, the Holocaust, the Holodomor and other genocides. “This is especially important today, when Russia's modern war against Ukraine is compared to the events of World War II, and the destruction of the Ukrainian population is compared to the phenomenon of genocide, a terrible example of which in the history of the 20th century was the Holocaust,” the historian noted.

The recording of the lecture you can watch by the link.