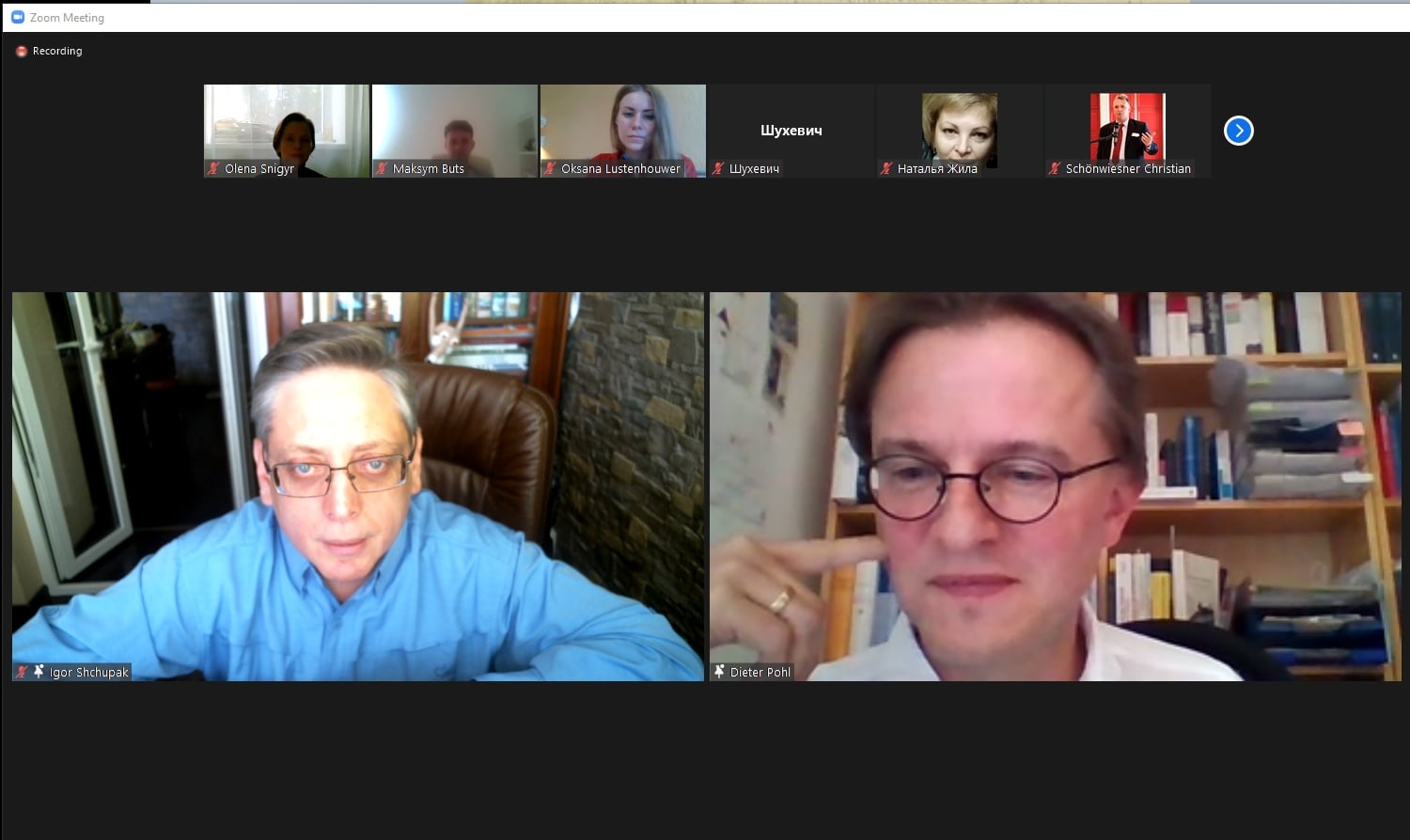 On October 02, “Ukrainian-German historical dialogues” organized by the Ukrainian Institute of National Remembrance and its partners in Ukraine and Germany was held in online format. Within the framework of the project, four meetings-dialogues (seminars) on “Ukraine in World War II: Unspoken History” during September-October 2021 are planned.

Well-known scientists from the two countries took part in the previous three “Dialogues”:

Wilfried Jilge – Eastern European historian, expert on Ukraine at the Center for International Peacekeeping Operations in Berlin, expert on modern history and politics in the Black Sea region, as well as on domestic, regional and foreign policy issues in the current Russian-Ukrainian conflict.

Tetiana Pastushenko – Candidate of Historical Sciences, staff of the Institute of History of Ukraine of the National Academy of Sciences of Ukraine, head of the interdepartmental laboratory “Center for Oral History” f the faculty of history at Taras Shevchenko National University of Kyiv, member of the Ukrainian Association of Oral History.

Dmytro Zlenko – professor, historian, specialist in the history of Eastern Europe, lecturer at the Faculty of Philosophy at Ukrainian Free University in Munich.

Kai Struve – doctor of philosophical sciences, researcher at Martin Luther University of Halle-Wittenberg (Specialist in issues related to the events in Western Ukraine during World War II, the activities of the OUN and its cooperation with the Third Reich).

Prof. Dieter Pohl and Dr. Igor Shchupak were invited to participate in the fourth dialogue. Dieter Pohl – professor of modern history at the University of Klagenfurt (Austria). He worked as a speaker of the advisory board at Vienna Wiesenthal Institute for Holocaust Studies and a member of the Executive Board of the European Holocaust Research Infrastructure (2009–2019). Currently, he is the speaker of the Scientific Advisory Board of the German Military Burial Commission (Volksbund deutscher Kriegsgräberfürsorge).

“Our “Dialogue” lasted more than 2.5 hours and touched many important issues in the history of World War II and the Holocaust, – noted Dr. Shchupak. – Those interested will be able to view the entry on the Internet resources of UINP, whose staff I sincerely thank for a great idea and its implementation.”.