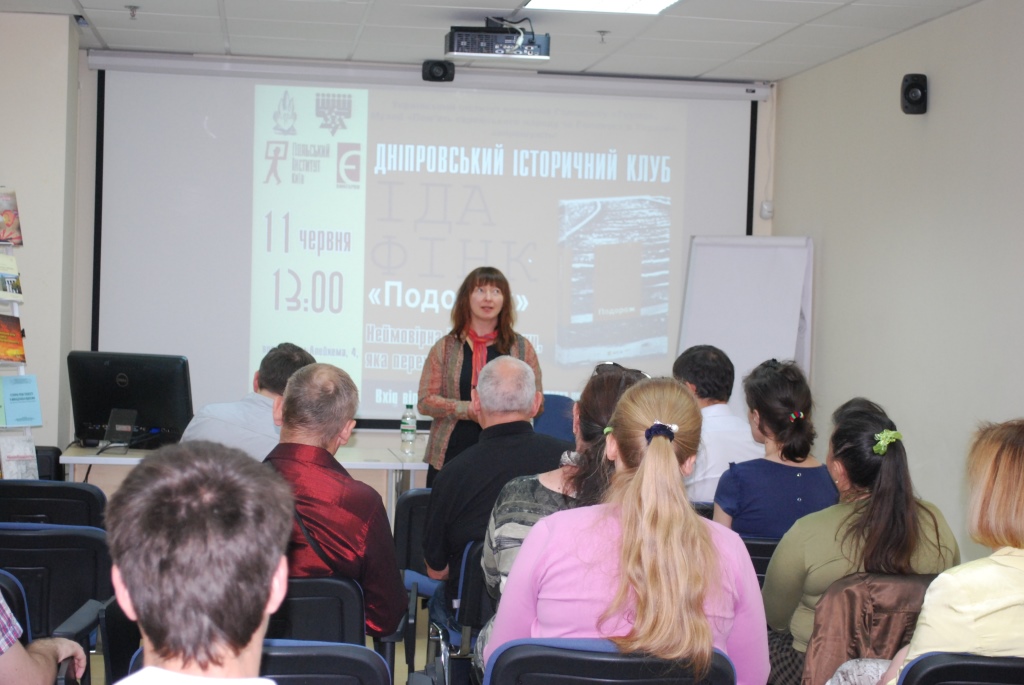 Within the historical club participants raised the important issue of reflecting past events in literature. This issue is extremely important in terms of the Holocaust studies, as during the first post-war years artistic works became the only way to tell people about the extermination of the Jewish people by the Nazis.

Ida Fink is Jewish writer. She was born in Zbaraż in educated Jewish family: her father was a doctor, and her mother was a teacher. She studied music at the Conservatory of Polish Music Community in Lviv. After the Nazi occupation she with his parents and sister was in Zbaraż ghetto. In 1942, together with her sister she fled from ghetto and till the end of the war they were hiding. After the end of World War II she lived in Poland. In 1957, she left to Israel. She was a member of Union of Polish authors in Israel. Prose of Ida Fink is focused primarily on the Holocaust and is translated into English, French, Hebrew, German, Danish, Norwegian, Italian and other languages. Works by Ida Fink received many awards: The Anne Frank Literary Prize (1985), The Yad Vashem Prize (1995), The Special Award of the Polish PEN Club (2003), The Israel Prize in Literature (2008).

How is the Holocaust topic reflected in literature and particularly in the work by Ida Fink? How did Polish and Ukrainian population perceived Jews during World War II – as Others or as Strangers? Did Ida Fink want to go back to Zbaraż? These and other questions were in the focus of Dniprovsky Historical Club members.