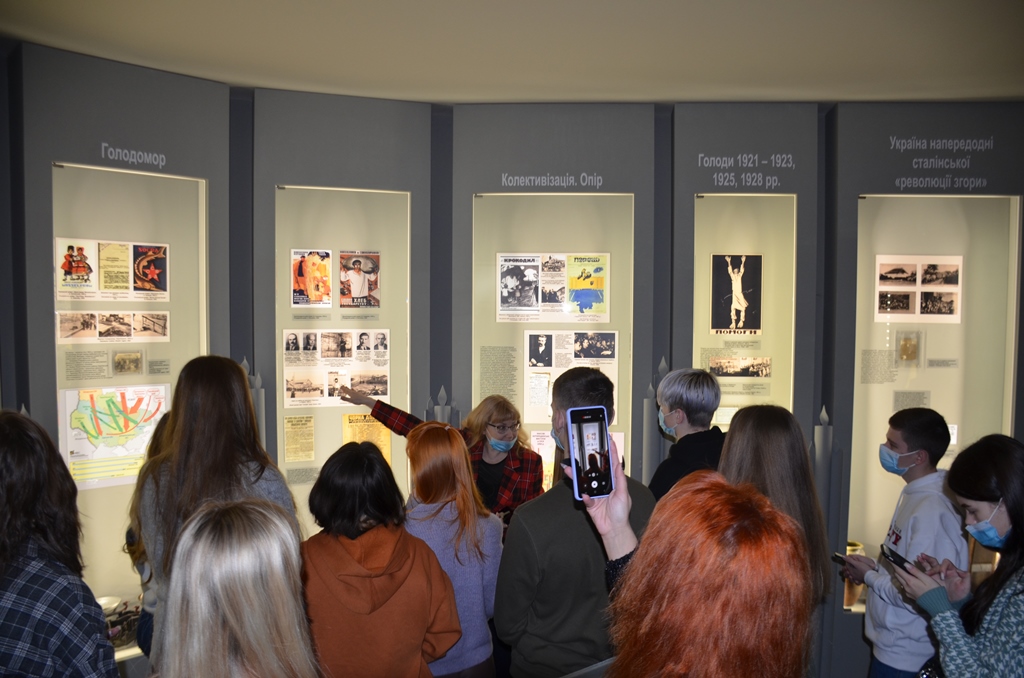 On December 2, students of Secondary School No. 111 (Kryvyi Rih) arrived to “Tkuma” Institute and Museum “Jewish Memory and Holocaust in Ukraine”. The educational visit of schoolchildren to Dnipro took place within the framework of the project “Multicultural dialogue in the modern Ukrainian city”, which is implemented with the support of the Kulturna Stolytsia program.

The event was timed to coincide with International Human Rights Day (December 10), which was established in 1950 by the UN General Assembly to mark the anniversary of the Assembly’s adoption of the Universal Declaration of Human Rights in 1948. Olena Ishchenko highlighted the problems of human rights violations in history, especially during the Holocaust and other genocides of the 20th century.

During the visit to the Museum, the students met with the chief custodian Lyudmila Sandul, who introduced the guests to the principles of museum repositories and presented unique documents on the history of the Holodomor and the life of national districts in the 1930s. Iryna Piskariova the head of educational department told about the importance of combating human rights violations and discussed opportunities for young people to participate in educational projects.