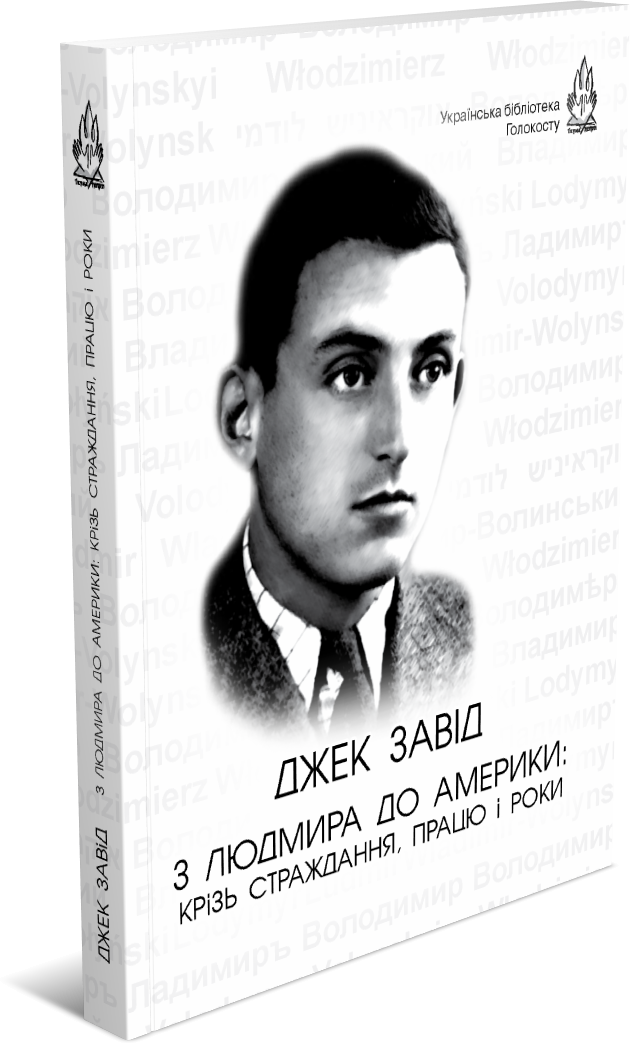 Jack Zawid (Yankel Zavidovich, 27.08.1913 – 21.12.2001) – a man who miraculously survived the relentless flames of the Holocaust, completely losing his family. He was an educated, politically and socially active man. After going through the tragic trials of World War II, he shared with his descendants his life, sometimes very bitter, experience of surviving the Holocaust and building a new life after World War II in the United States – abroad, which later became his new home.

In his memoirs, Yankel Zavidovich vividly described his hometown of Volodymyr-Volynsky, which in Jewish circles was called Ludmir. The memoirs contain a lot of invaluable information about the life of the Jewish community in the city and the tragic events of the Holocaust: pogroms, ghettos, mass shootings, etc.

The publication will be useful to all who are interested in the Holocaust history in Ukraine, local history.